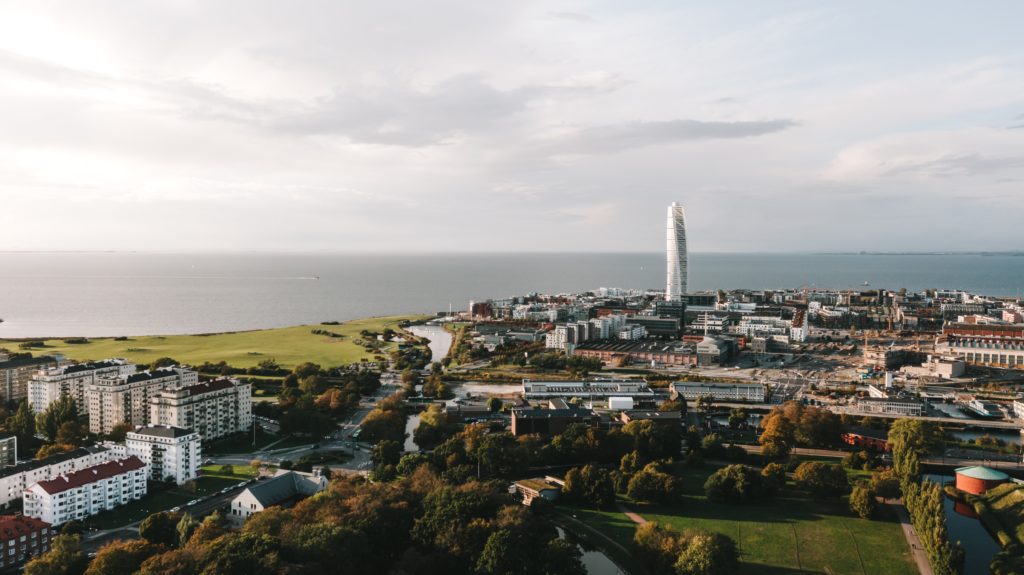 Over the years, the European Urban Resilience Forum (EURESFO) has been one of the EU’s leading platforms for discussing adaptation and resilience to urban climate change. E Co. was delighted to participate in the event as an observer, as part of our increasing work with cities.

This event, led by Local Governments for Sustainability (ICLEI) and the European Environment Agency (EEA), is traditionally held in Bonn, but this year, it was hosted by the city of Malmö in Sweden, known for its pioneering climate actions. The event lasted for two days, from October 19 to 20, and after a year of limited travel due to the pandemic and climate disasters, it was an opportunity to reunite cities, research institutes, NGOs, and international organisations. While some participants attended live sessions and workshops at the Story Hotel on the site of the transformed old port docks in Malmö, others followed them online.

Notable speakers working in cities such as Sarajevo, Athens, Helsinki, London, Cork, Lisbon and Zagreb, institutes such as the Euro-Mediterranean Center for Climate Change or the Helmholtz Centre for Environmental Research (UFZ), but also International Financial Institutions (IFIs) such as the European Bank for Reconstruction and Development (EBRD), European Investment Bank (EIB) and the partnering organisation, United Nations Office for Disaster Risk Reduction (UNDRR), presented their experiences and views on urban resilience from different angles. Regardless of their backgrounds, they all agreed that, “Accelerating climate adaptation in cities is a matter of urgency!”

Here are some noteworthy moments from the event:

The event asserted the need for increased funding from the EU, national funds, and also the private sector if we want to intensify efforts to adapt to climate change. In order to bridge the current funding gap, innovative financial solutions are also imperative.

E Co. has a long experience in financing climate action and has extensive experience working in climate adaptation, resilience and disaster risk reduction within and beyond the urban context. As an example, E Co. worked with the EBRD to develop Green City Action Plans in Belgrade and Pristina as well as the Green Financing Roadmap for Tirana. E Co. also worked with UNCDF on LoCAL in Jamaica and Uganda, to help step up financing for local climate adaptation solutions.

For the latest examples of our work, head to our Further Thinking page