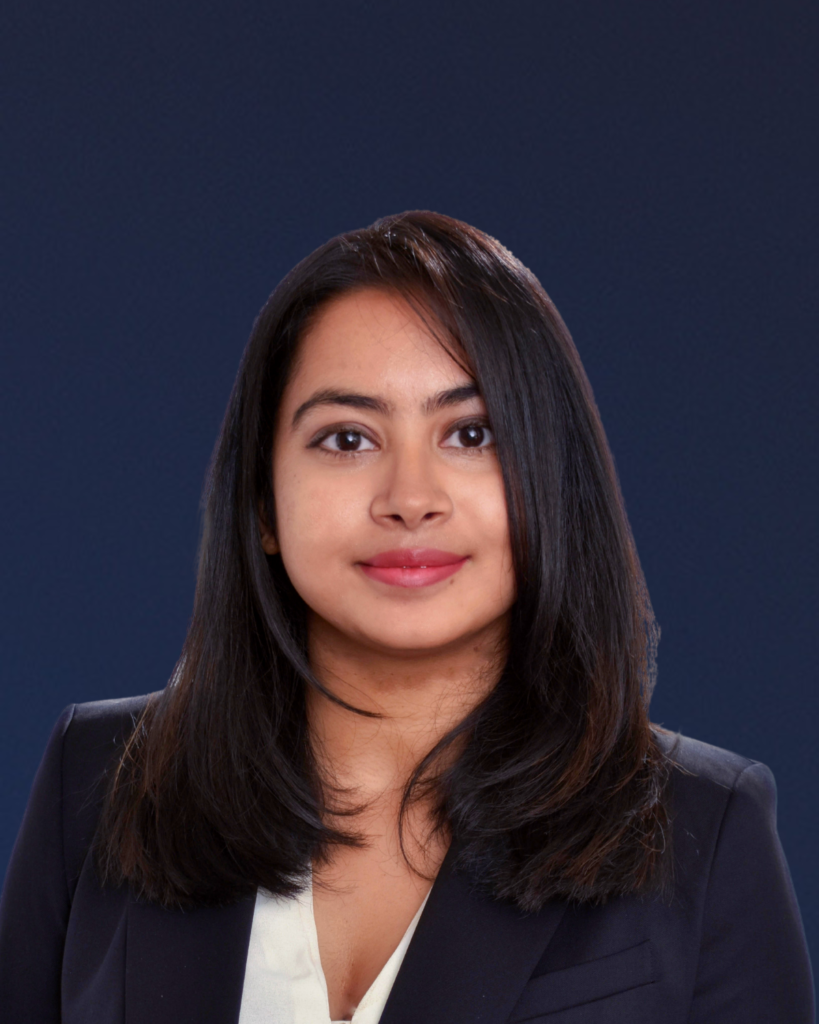 In a nutshell, tell us about yourself.

I always like to say that I am a part-time political scientist, and a full-time climate justice activist. In 2017, when I completed my M.Phil at the University of Oxford on South Asian politics, I joined UNEP’s Gender and Safeguards Unit in Nairobi, which allowed me to explore interlinkages of climate change and anthropological processes.

In late 2020, I moved to Paris and joining E Co. happened as a natural next step – given the company’s footprint in project design and unlocking climate finance and experience in delivering low-carbon resilient development options for several LDCs, SIDS and developing countries.

What drives you to do this kind of work?

If you zoomed onto the northern edge of the Bay of Bengal on Google Maps – you will find a mosaic of deltaic islands, mangroves and wetlands, a place I call home. When I was growing up in Calcutta, the tide country behind us was always in churn: typhoons, cyclones and storms were regular occurrences.

It is with Cyclone Aila (2009), that was one of the most devastating multi-hazard tropical cyclones to hit the region until the recent Cyclone Amphan (2020), that I began comprehending the socio-ecological and environmental impacts of such events. About a million people were rendered homeless, many lost lives, and the immediate aftermath of disease outbreak kneecapped outstretched governance mechanisms in my state (West Bengal, India) and neighbouring Bangladesh. Dozens of endangered Bengal tigers perished, and had their habitat fragmented or wiped away – demonstrating the multivariable nature of climate-induced hazards.

These experiences drive my work daily… and prevents me from falling into traps of easy despair that the climate emergency we are living in creates.

What makes you laugh?

Monty Python (specifically: The Funniest Joke in the World), the levity  (and insight) that Trevor Noah brings on current affairs… and Tracey Ullman’s remarkable impersonations. Oh, and, recently: Green Humour, drawn by Rohan Chakravarty. We all need a bit of climate satire nowadays!

What are your loves?

This list keeps evolving – and apart from the obvious (my family and my friends) – currently I love: taking long walks in the forest pocket or discovering Paris bit by bit; discovering literature that provide an insight on contemporary history (recently: A Bookshop in Algiers) and reading poetry (especially by: Rainer Maria Rilke or Rebecca Elson); or visiting a well-curated museum exposition (such as: Journey Along the Kisokaidō).

What are your hates?

Climate denialists, corporate greenscamming and greenwashing… infuriate me! There are some among them, with whom one can debate and discourse – but overall, it is important to establish processes to hold them accountable.

How do you see the world in 25 years?

One of my favourite authors, Rebecca Solnit, wrote: “…you can tell the genesis story of the Arab Spring other ways. The quiet organizing going on in the shadows beforehand matters. So does the comic book about Martin Luther King and civil disobedience that was translated into Arabic and widely distributed in Egypt shortly before the Arab Spring. You can tell of King’s civil disobedience tactics being inspired by Gandhi’s tactics, and Gandhi’s inspired by Tolstoy and the radical acts of non-cooperation and sabotage of British women suffragists. So, the threads of ideas weave around the world and through the decades and centuries.”

The climate emergency is on-going, but so is the global battle to combat it: so, in 25 years, I hope to see a world which is on the mend, arresting climate change by reducing emissions, holding defaulters accountable and… most importantly – mainstreaming (as well as celebrating) the decades of indigenous and scientific efforts that combined to make this a 21st century issue. If Wangari Maathai did not give up, we should not either – we have a duty to hope and a mandate to mobilise!