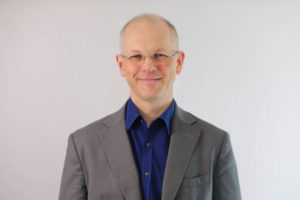 In a nutshell, tell us about yourself.

When I was young I spent all my time tinkering with sustainable energy technologies and can remember building a water purification still and a solar cooker when I was in my teens. I was also strongly influenced by social justice and in senior school was already defying government rules (and school instructions) with banned freedom stickers on my bag. In university I was accustomed to tear gas and marching down the streets of Johannesburg. You can find a picture of me in Nelson Mandela’s book (a prize to anyone that can spot me – hint: my hair was a lot longer than it is now).

These early influences fuelled my passion to try to make the world a better place. I founded E Co. in 2000 and am proud to say it has now completed over 300 assignments.

What are you most proud of?

Having established a company that is helping make a real difference to people’s lives.

Who or what do you most admire?

I don’t know enough about him to say it categorically, but Elon Musk is rather impressive. I went to the same primary school as he did (in Pretoria, South Africa) – at the same time, he was 2 years below me. I admire his vision.

As someone who really tried to understand the perspectives of others, and dug deep into the rationale of why people act the way they do.

What’s the best thing about your job?

Who’s the most inspiring person you’ve ever met?

I was privileged to meet Nelson Mandela briefly soon after he was released from prison. I was really blown away by his “presence”, and deeply impressed how he was so accepting of the people that kept him in prison all those years.