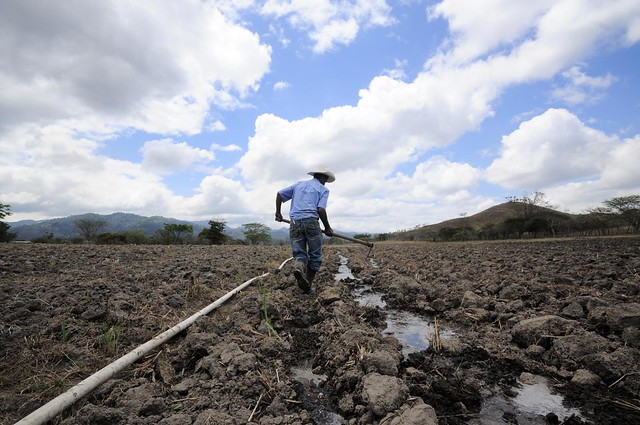 The conclusion of the Latin America and the Caribbean Climate Week at the end of August 2019, generated a breeze of optimism for strengthened regional climate action and long-term strategies. This event in part was designed to advance regional climate action and support the implementation of Latin America and the Caribbean (LAC) countries’ Nationally Determined Contributions (NDCs). The event was envisioned as a stepping stone to the UN Climate Action Summit 2019 in New York. So, what are the long-term financing strategies and investment priorities for the region?

Below I’ll shed some light on the advances of LAC countries in prioritising adaptation actions under the NDCs and the role of the Green Climate Fund (GCF) in mobilising finance for their implementation.

The NDC in a nutshell

More than two and a half years after signing the Paris Agreement, countries claimed their mitigation and adaptation commitments in the Nationally Determined Contributions (NDC). Such commitments are particularly welcome in the face of the latest IPCC Special Report: Global Warming 1.5 °C on the impacts of climate change under the different GHG emission scenarios [1]. For the effective implementation of the NDCs, a well-defined financial strategy and access to innovative climate finance is required, specifically, financing that generates incentives for the adoption of a long-term low-carbon pathway for a resilient future. In particular, the cost for implementing adaptation needs, expressed in the NDCs, has been estimated at over USD 50 billion per year collectively, for 50 developing countries across the period of 2020 to 2030 [2]. Prioritised adaptation needs include, for example, ensuring food and water security under climate change projections.

Amongst the diverse range of financing organisations and instruments supporting adaptation initiatives, such as the Adaptation Fund and the Global Environment Facility (GEF), the promising role of the GCF is yet to be fully unwrapped. GCF funds are particularly suitable for accelerating the NDCs implementation, as they aim to address concrete adaptation needs, show strong alignment with national climate policies and strategies and seek to address specific barriers to adaptation. Historically, GCF funds for adaptation have focused on countries in Africa and Asia, with limited presence in the LAC region.

Do we know the adaptation needs and priorities in the NDCs for Latin America and the Caribbean?

Countries in Latin America and the Caribbean region are high up in the ranks of the climate risk index, with high vulnerability and exposure to climate variability and extreme events. Some of the most vulnerable people live in Bolivia, Peru, Colombia, Nicaragua and Honduras, among others [3]. Therefore, adaptation actions are an absolute priority for the region.

Altogether, 30 of the 32 (I) NDCs in Latin America and the Caribbean include a section on adaptation, where a most recognised matter of urgency is the alarming reduction in water availability. Agriculture and the potential food security implications is another dimension that concerns many of the region’s countries, as well as the climate-induced impacts on human health, outlined by 23 countries. Other important sectors are forests, ecosystems, the coastal zone (especially for those countries located in the Caribbean), infrastructure and housing.

A snapshot of the priority adaptation needs in Latin America and the Caribbean is provided below [4]: 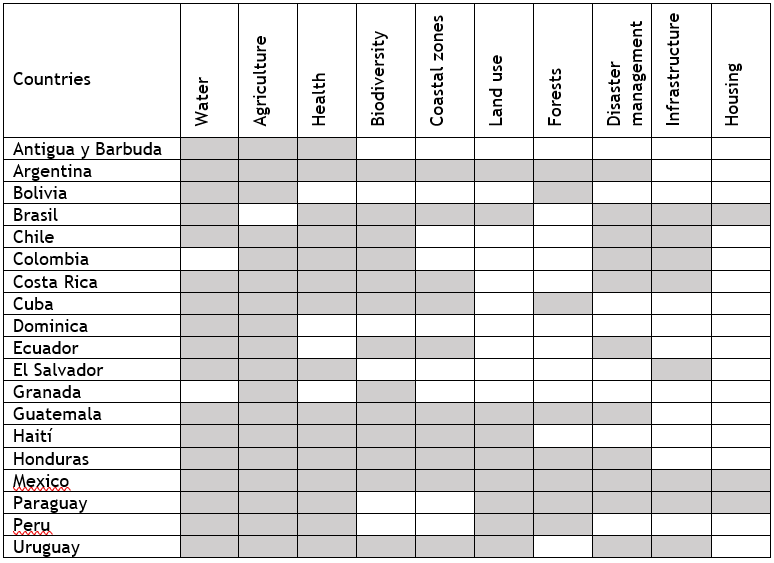 What major barriers impede the implementation of the NDCs in the region?

With the high commitment and strong dedication of many national governments in the region, we can see progress towards the NDCs at different stages, particularly in terms of: governance, transparency and engagement with the private sector. At least eight countries have begun to strengthen, articulate and / or establish the following: implementation plans (Paraguay, Ecuador), roadmaps (Honduras and Guatemala), action plans (Chile), tentative schedules (Peru), national plans and strategies for climate change (El Salvador and Colombia). All of these initiatives offer concrete actions towards the short and medium term implementation of the NDC.

Nevertheless, governments feel that significant barriers in achieving efficient implementation of the NDCs remain. Below is a list of the biggest challenges identified for Latin American and the Caribbean countries [5]:

What is the role of the GCF in the region for accelerating adaptation actions under the NDC?

The Global NDC Conference 2019 asserted that predictable delivery of international finance at scale remains essential to spur transformation of the NDC’s pledges into investment plans and pipelines of bankable projects [6]. Climate finance in Latin America is predominantly focused on mitigation projects and the distribution is concentrated in four countries: Brazil, Mexico, Chile and Peru, leaving behind many countries with a high number of vulnerable populations.

Countries need to demonstrate close alignment of the project along with their other existing supportive actions, that address the adaptation needs for example incentivising resilient forest-based value chains and agricultural practices.

In light of these circumstances, the GCF plays a transformational role in catalysing action and finance for country adaptation priorities in the LAC region.

At present, there are altogether 24 GCF-funded projects in the LAC region, of which six projects are cross-cutting (mitigation and adaptation) and six focus on adaptation (for more information see GCF Projects + Programs). The majority of the projects focus on the water and agricultural sector and are well-distributed among the countries, some of which are promoting a regional approach.

For example, the GCF and the Central American Bank for Economic Integration (CABEI) signed an agreement that will foster the implementation of the CAMBio II project in 7 countries in Central America (Costa Rica, Domenican Republic, El Salvador, Guatemala, Honduras, Nicaragua, and Panama). The project’s budget is USD 23 million and aims to support micro, small and medium-sized businesses in the agriculture, livestock and forestry sectors in Central America, with a view of becoming more resilient to climate change and aligned with the region’s NDC adaptation priorities.

How has E Co. been involved?

At E Co. we support countries from the LAC region in accessing GCF finance with a focus on the agriculture and water sectors. So far we have supported initiatives in Guatemala, Haiti and Jamaica, ensuring that country priorities reflect specific adaptation needs of vulnerable people. We have designed projects that are transformative and effectively contribute to the achievement of national agendas and international commitments such as the NDCs.

To learn more about how we’ve unlocked GCF funds for our clients, watch our E Co. bites videos here.

[1] IPCC, 2018: Summary for Policymakers. In: Global Warming of 1.5°C. An IPCC Special Report on the impacts of global warming of 1.5°C above pre-industrial levels and related global greenhouse gas emission pathways, in the context of strengthening the global response to the threat of climate change, sustainable development, and efforts to eradicate poverty.

Have you read Lili’s article on evaluating a transformative adaptation process in São Tomé and Principe?

If this is something you’re interested in or would like to learn more about, please don’t hesitate to get in touch with us at amy@ecoltdgroup.com and you can learn more about what E Co. does here.