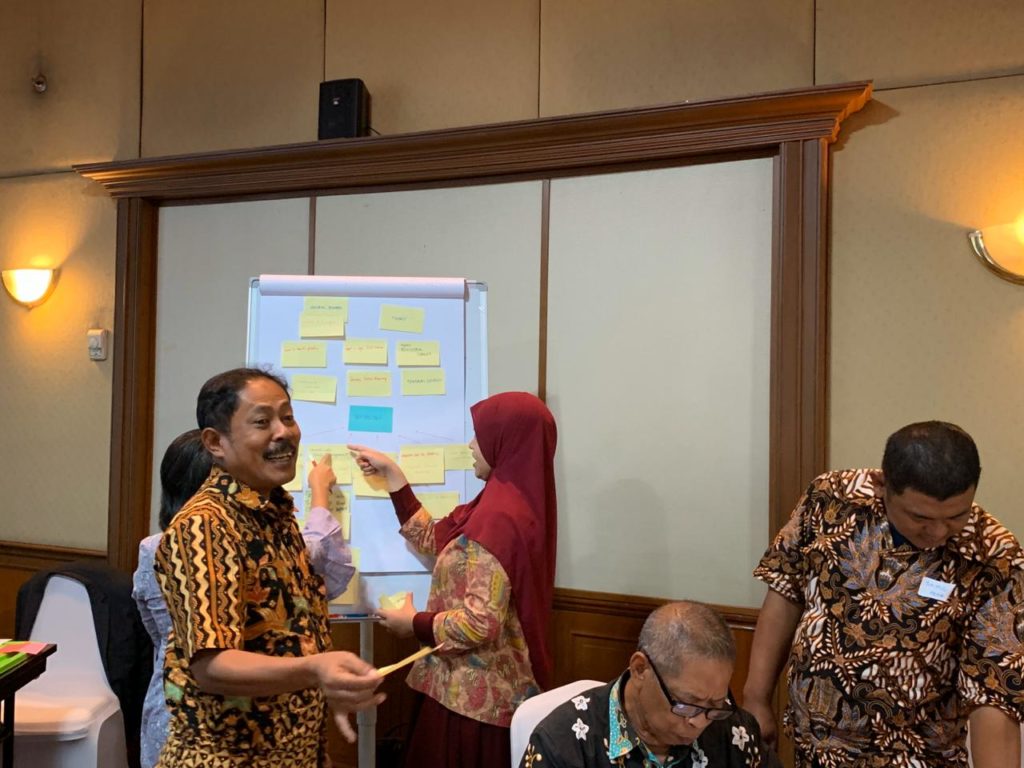 The Global Green Growth Institute (GGGI) in Indonesia contributes to the Government of Indonesia’s commitment in working towards green growth and addressing climate change, as stated in the country’s Nationally Determined Contribution (NDC) and the National Medium-term Development Plan 2020-2024.

We work closely with the Ministry of Finance, in its capacity as Indonesia’s National Designated Authority (NDA) for the Green Climate Fund (GCF), GGGI as the delivery partner for the GCF Readiness Program. Our goal is to promote green growth by driving investment and designing green projects with social, environmental and economic benefits for the people of Indonesia. We strive to increase levels of capacity, strengthen processes, and improve access to finance that contribute to Indonesia’s ability to engage with the GCF effectively. Currently, Indonesia has one Project Preparatory Facility (PPF), two Readiness projects, and three GCF projects. 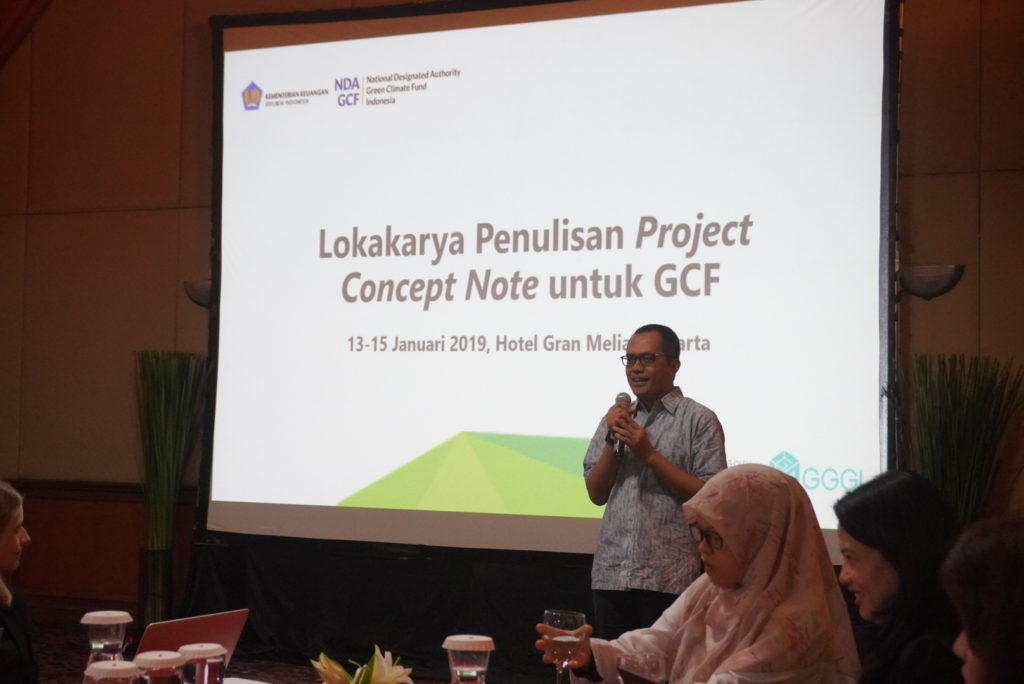 The Call for Project Concept Notes was designed not only to develop Indonesia’s project pipeline but also to build on the capacity of national stakeholders in designing climate projects, which will lead onto developing the appropriate Concept Notes and Proposals for accessing international funding.

At the beginning of the Readiness program implementation, Indonesia’s National Designated Authority (NDA) received limited Concept Notes per year. Most of them are multiple-country programs that reflect a weaker country-demand principle. Due to this, increasing the number of demand-based project ideas became the main motivation for the NDA in Indonesia to conduct the Call for Project Concept Notes.

Meanwhile, there are also still other significant barriers to climate change project development in Indonesia, such as regulatory barriers from the legal framework and institutional arrangement, capacity barriers from the stakeholders to access the funding, and information barriers, including the lack of information on funding and the process to access it, as well as the importance of properly utilising scientific data in the Funding Proposal. While not all barriers can be addressed through the Call for Project Concept Notes, the technical assistance series was designed to address the barriers in capacity and information for the project proponents, especially as Indonesia aims to strengthen the country ownership. 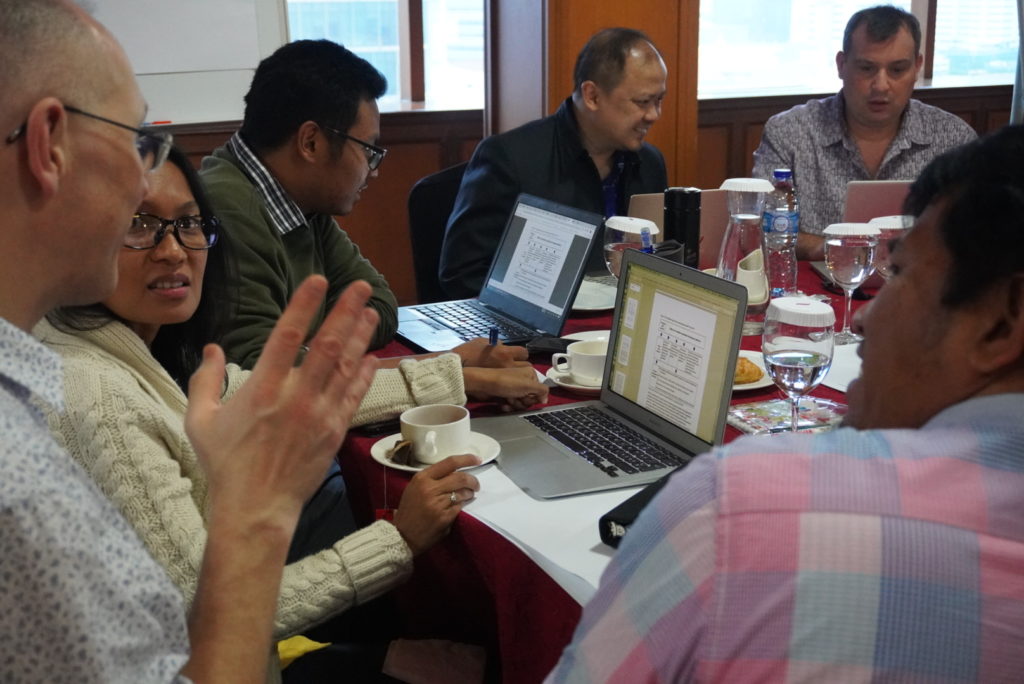 Grant Ballard-Tremeer from E Co. answering questions from a participant

The Call for Project Concept (“the Call”) Notes serves as a modality to aggregate and identify potential climate change adaptation and mitigation projects in Indonesia from multiple stakeholders. The Call has been an avenue for Indonesia’s NDA to build on their expertise and capacity among the national stakeholders to develop high-quality climate change projects and Funding Proposals. GGGI has been working with E Co. to provide technical assistance for building the shortlisted project proponents’ capacity by strengthening the Concept Notes towards the GCF standards. The capacity building sessions were conducted both in-person and remotely.

The full process of Indonesia’s Call for Project Concept Notes

A public call is seen as the most appropriate step to reach a nation-wide audience and inclusively capture climate change projects in Indonesia. Previously, the NDA mainly promoted the GCF via ministries, other government institutions, and associations by requesting project pipelines with financing barriers. In contrast to this, a public call identifies climate change projects in definite need of funding and development assistance. The Call also promoted country ownership as the projects are demand-based from the field. The demand-based approach itself has a very positive impact on the effectiveness of the technical assistance, because it was directly given to the project proponents who will be responsible in developing the Proposal further.

This call for Concept Notes attracted a diverse range of submissions:

Using the knowledge and information obtained from the Concept Note writing workshop, the participants were asked to re-submit their Concept Note according to the GCF format. These shortlisted project proponents are also entitled to additional technical assistance, through a series of webinars and three rounds of Concept Note review by E Co.

The training covered a number of topics, including the GCF investment criteria, problem and solution trees, the climate rationale, theory of change, log frames, project finance, and budgets, as well as co-financing requirements.

Matchmaking process and the overall strategy and ethos behind it 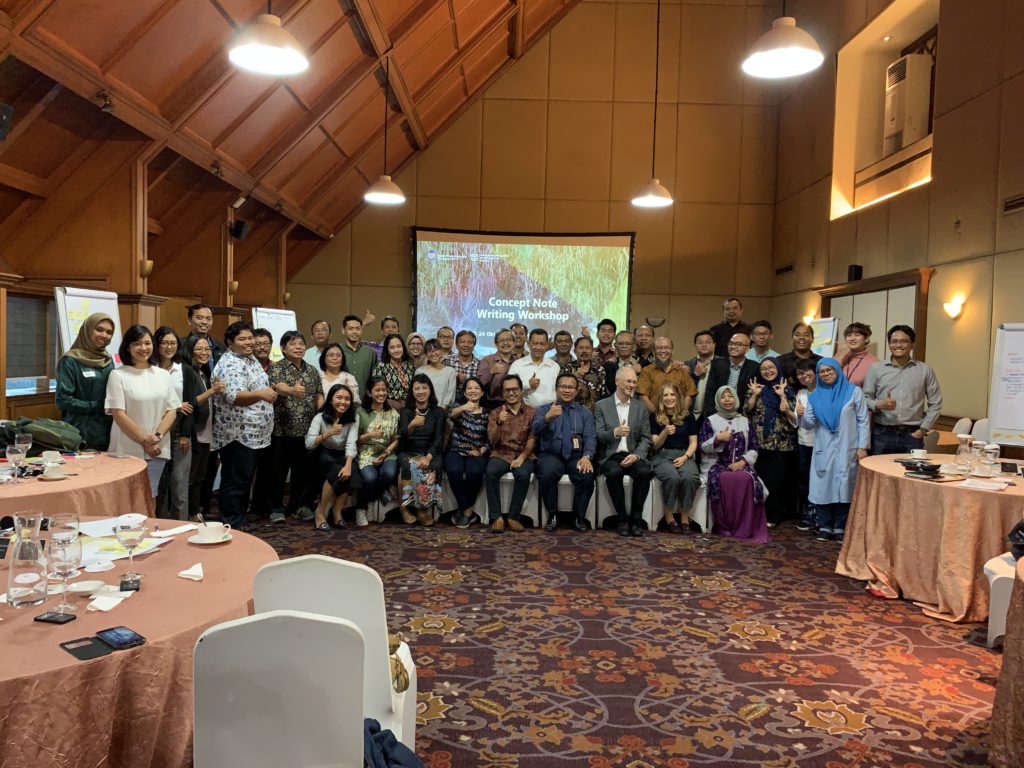 The first batch of the Call for Project Concept Note workshop

Since the GCF can only channel its funds to Accredited Entities (AEs), the NDA conducted a matchmaking session between the shortlisted project proponents and accredited entities.

Several strategies have been taken to increase the success probability of matchmaking, beginning with the training and review process to ensure some level of quality when presented to the AEs. We also organised a high-level kick-off meeting, attended by the Vice Minister of Finance and high-level representatives of 13 AEs with a strong presence in Indonesia, to gain buy-in following the event’s series. We wanted to facilitate active participation and commitment from AEs to participate in matchmaking clinics and listen to presentation from project proponents, as well as give them a clear project timeline.

Matched projects then require the AEs and project proponents to collaborate in refining their Concept Note to be submitted to the GCF. Further technical assistance is given by providing technical experts to support the Concept Notes writing for highly potential Concept Notes who have got their AEs.

As the first Call has just been conducted, there is still room for improvement, particularly in aligning the themes of the Call with the GCF Country Programme and AE’s work programme, streamlining the Call process, as well as involving AEs and line ministries in the development of the Call’s framework.

The concept of this public Call is not entirely novel, as other countries have conducted a similar activity, such as Nepal and Kenya[1]. Although the method used needs to be adjusted to each to produce a tangible GCF Funding Proposal, it has proven to be effective in capturing a wide range of audiences and finding innovative project ideas. This method can be applied in other GGGI-member countries, such as the one launched by Uganda in June 2020[2]. Further modifications to the Call for PCN mechanism may be needed to suit the country’s condition and needs.

Results and next steps 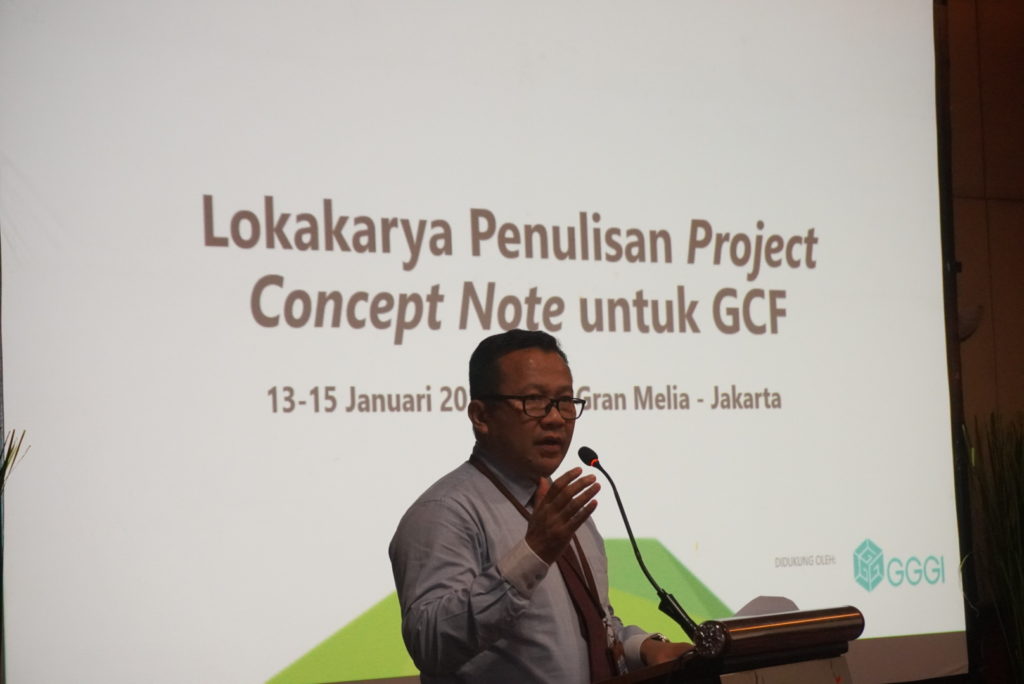 Adi Budiarso, the Head of NDA GCF Indonesia Secretariat closing the workshop with a speech

With the GCF Readiness Program, Indonesia’s Call for Project Concept Note is planned to be held annually. Further information on the next calls will be published on the NDA’s website. (https://fiskal.kemenkeu.go.id/nda_gcf/en)

We have an overall closing target of 5 Concept Note submissions to the GCF by the end of December 2020. So far, 10 AEs have submitted their interest for 16 Concept Notes and one Concept Note has received the green light from the GCF to move forward to a full Funding Proposal. Moving forward, we hope to continue improving this process for high-quality CN submission to the GCF in order to improve climate change adaptation and mitigation efforts in Indonesia.