This series is part of our Environmental policy – learning from our associates, partners and friends of E Co. and highlighting the good work they’re doing. Nicola Steen – CEO of For Stoves, Founder of the Green BEERS community (who we hosted at our London offices in 2018) and sustainability advisor for NYADO, explains a bit more about the project below.

What is NYADO and how does it work?

NYADO creates music-films to foster positive change, to engage with people who don’t usually think about sustainability and to show solutions. It was set up in 2018 by Edoardo Segato-Figueroa and Idan Abrahamson, both of whom share similar backgrounds in music production. Edoardo is an Italian artist, science writer, singer, song-writer and producer, while Idan is an Israeli singer, violist, producer and entrepreneur. Today, over 100 people are involved in NYADO’s core, which is structured as a social production house.

When I was introduced to Edoardo and Idan in 2018, I was excited to become involved. I see NYADO as vibrant and focused, addressing a gap in engagement and dialogue. I believe it’s important to show people how a green sustainable future can be positive and exciting, to counter the potential fear that climate change news and inertia could evoke. We need routes of engagement that are fresh and appealing.

NYADO features inspiring projects that are working to improve the world we live in, whether it be through environmental or social initiatives or technological innovations. A song is written and a fictional story line crafted that captures the energy and core message of the focused project. An impact campaign is then developed through social media and events, where the viewer’s experience is translated into compelling calls to action to generate tangible positive impact. Partnerships are curated in parallel to share the results of the work worldwide with NYADO’s message of hope and action. In a moment of global crisis, what we need isn’t a scattered account of the problems, but rather a united portrait of the amazing solutions that many are creating. NYADO brings these positive stories to the general public through music and futuristic film.

Harnessing the power of storytelling

NYADO embraces sci-fi and fantasy storytelling to reimagine the real, inspiring projects and turn them into legends. Our belief is that looking at the future, or the present, with a pinch of magic and spectacle, can actually inspire people and bring new ideas and energy that people could often normally lack. Especially now, when there are increasing pulls to sink into daily routines and struggles in a distracting society, it’s easy for people to lose hope when facing seemingly insurmountable, global problems such as climate change.

Mobilising the general public is key in manifesting strong and lasting positive social change. It’s key to bring onside voters for necessary policy changes. With mainstream media falling short, the music industry, specifically pop music, has the potential to unite people and promote values like collaboration and cooperation and inspiring solution-based narratives. As a universal language, music can break barriers and create a direct channel between people and shared visions, such as a more engaging, sustainable society. NYADO’s anthems take inspiration from different cultures, genres and symbols in order to expand the music’s reach and penetrate parts of the global population that are usually excluded from global discussions.

The first music-film is Mission to Earth. It was produced in Kenya and Italy in 2018 and in May 2019 Mission to Earth was previewed at the UN’s Global Festival of Action in Bonn. There was a live music performance, presentation and screening of the film led by NYADO’s co-founders, with Phy, Kenyan singer-songwriter and multi-award winner performer, and Italian change-maker Marco Attisani.  Mission to Earth was inspired by Marco’s technology Watly, which was turned into a spaceship for the film.

Mission to Earth is the story of three astronauts who were sent on a mission to find a new planet for humankind. Instead they decide to return home, realising that what humanity really needs is a Mission to Earth. Back on Earth, they find that people are already uniting to take care of each other and the planet. Last summer, the music-film was previewed at the Social Business Day in Bangkok, in November at the Global Social Business Summit of Peace Nobel Laureate Muhammad Yunus in Berlin, and in December at the Monaco 2019 Peace and Sport summit. And on 02.02.2020 Mission to Earth was officially launched online.

Mission to Earth’s goal is to remind people that good things are happening on the planet, and if we focus on the positive and work together we can make a difference. Mission to Earth focuses on the change currently being created, driving people to feel inspired about the positive future we can still create. The call to action for the film is for everyone to find their own Mission to Earth: the thing that each person thinks the world needs the most and that creates a ‘spark’ for them.  It’s not something anyone has to start alone; people can support currently existing work as a part of a larger group.

In order to promote this message and call to action NYADO created an impact campaign with two elements, the Mission to Earth mini series and the educational toolkit. The mini series is aired on NYADO’s social media channels every Sunday. The goal is to create a series of inspiring very short videos to showcase the good things happening back on Earth. The series of snapshots serves as a sequel to the main music-film, continuing the story from when the astronauts arrive back on Earth and start scouting for solutions to climate change and sustainable development.

Building this library of short videos of inspiring stories is also part of the second element of the impact campaign: the educational toolkit for teachers and other educators, that draws on the Mission to Earth music-film. It is a free resource that introduces topics like the global goals for sustainable development, social entrepreneurship, environmentalism and social media activism to young people across the world in a fun, light and engaging way. The mini series dovetails into this, acting as a resource for the students to get inspired about their own Mission to Earth and to see examples of how to share the missions of others, spreading positivity.

For the educational toolkit, NYADO has built partnerships with educational organisations to access a larger network of schools and educators. Several institutions such as the Naandi Foundation, Twins International and Save Oceans Alliance are using the toolkit in countries like India and Kenya.  NYADO is actively expanding this network. 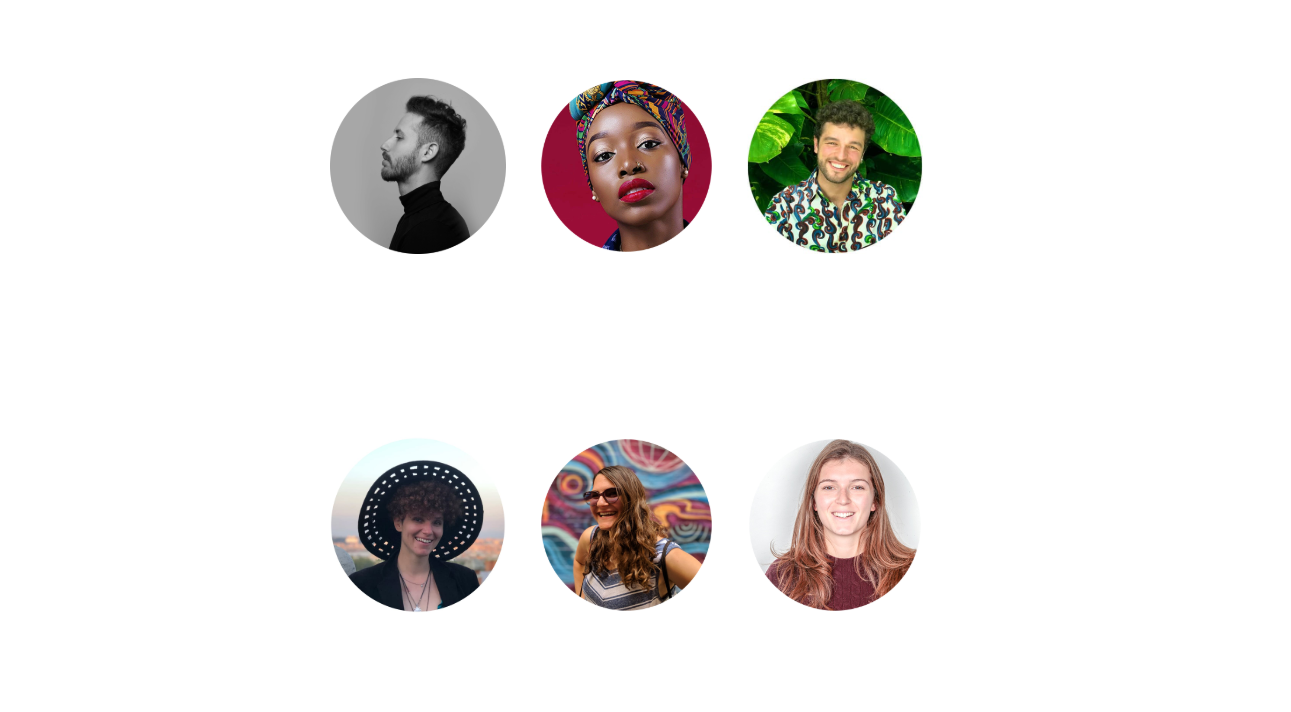 The team has expanded quickly. It started as scattered collaborators and has since evolved to a strong core team of 20 creative innovators with a full team of over 100 people, spread across the globe with members throughout Europe, the Middle East, Africa, North America and Australia.  Not only does the team come from different parts of the world, but people also have very different educational and life experiences. Backgrounds include impact production and campaigns, filmmaking, media and entertainment, music and live performing, international development and social entrepreneurship – and wider business too. NYADO serves as a bridging platform where a new type of interaction between these different skill sets happens. This is its strongest and most valued trait: bringing different people together to work for a common goal through a flow of international sharing of knowledge. Content is designed to be universally accessible by different ages and cultures. Having an international and diverse team is the ideal and most successful formula that is constantly fueled and strengthened as NYADO grows.

NYADO has recently entered the pre-production of our next music-film, called ‘Gather’, which aims to offer a new captivating portrait of the plastic revolution. It is inspired by the stories of exciting players reframing the relationship between humans and plastic. Using the universal languages of music and visual arts, Gather will be a call to action to join the global movement to stop plastic polluting our oceans. NYADO will be using an innovative new impact campaign designed to take plastic out of the ocean by leveraging the views and engagement of the music-film.

And as we all face the challenges of the Covid-19 era, NYADO has written its own manifesto for this time, called ‘The U-Turn’, available here and on its social media. How can this moment in history be used as an opportunity to rethink priorities, agendas and values for the future?  NYADO is hosting a series of live streams and workshops on the U-Turn on all their channels. Meanwhile, more music-films are being prepared on topics ranging from sustainable fashion to artificial intelligence, from food to coral conservation.

NYADO posts on Linkedin, Instagram, Facebook, Twitter, Tiktok and YouTube, with the social media handle @wearenyado. Liking and sharing our posts and following our pages is crucial to amplify the work. And – please – we would appreciate your help!

And please contact us with suggestions of inspiring stories for the Mission to Earth spaceship screens, uploaded each Sunday, and for links for the educational toolkit.

Register for the NYADO newsletter to stay in touch and get more information – and also find out more on the website.

Written by: Nicola Steen, with Edoardo and Racquel Segato-Figueroa

Are you interested in sharing your project or programme with our readers? Let us know – media@ecoltdgroup.com